Home » Uncategorized » Gluten or Kim Kardashian: Which Is Worse for Humanity?

Any list of the most hated people in America is going to include at least one Kardashian, and of course gluten tops the list of ingredients that soccer moms now fear at the supermarket.

So which is worse for you and your family? Before answering such an important question, it’s important that we try to not let our emotions cloud the debate, and just focus on the facts.

What is gluten? Gluten is a sticky (glue-like) protein substance found in wheat, barley, and rye, and gives products containing these grains (like bread, pizza, and bagels) their chewy texture. It’s also added to many products to increase the protein value, and is the basis for many imitation meats. It can also be found in unexpected places like in beer, ice cream, and ketchup. 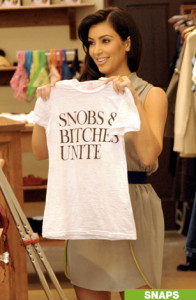 Who is Kim Kardashian? – Born in 1980, Kim Kardashian is the daughter of one of O.J. Simpson’s lawyers, and gained fame in 2007 after her sex tape with hip hop singer Ray J was leaked. She won a $5 million dollar settlement against the company that was selling the tape, and soon after had a reality show, a fragrance, and and growing fashion empire.

Why is gluten so bad? Gluten is especially bad for people with celiac disease. Essentially what happens is that when people suffering from this disease (which could be as high as 1% of the population, and increasing rapidly) consume gluten, it attacks the lining of their small intestine, making them unable to nutrients from food. This can result in health issues like diarrhea, abdominal pain, and autoimmune disorders.

In our long history on this planet, humans have only eaten wheat and grains for a very short time. It’s thought that many of our bodies haven’t adapted to such a diet, so many of us have difficulty digesting food made with these grains

Many people believe that it’s not just those suffering from celiac disease who should avoid gluten. In fact, autoimmune disorders are the third leading cause of death in America, and gluten may be a major culprit.

What’s so bad about Kim Kardashian? Being the daughter of O.J. Simpson’s lawyer is not the best ways to win a popularity contest. These same daddy-issues are probably what led Kim to crave the attention that only a high-profile sex tape (Adam and eve offer codes) can give a young girl. Her big payday from the tape and ensuing fame and fortune have caused a number of people to resent her and her big rump.

She is currently the highest-paid reality TV star, making over $10+ million in 2012. her publicity stunt of a marriage and dumb baby name (North West… really?) and antics with Kanye have thrown more fuel on the fire. (She is currently shopping photos of the baby to tabloids for about $2 million.)

Is there anything good about gluten? Although gluten itself doesn’t offer any health benefits, the grains that contain it certainly do. If you are going “gluten-free” for health reasons, make sure you don’t miss out on the fiber and vitamins that whole grains can give you. 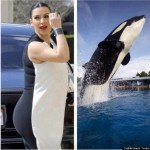 This made America feel better

Is there anything good about Kim Kardashian? Scientists are still searching for redeeming qualities in Kim Kardashian, although a number of women reportedly felt better about their own lives after Kim put on a lot of baby weight and was ignored by Kanye during her pregnancy.

OK, so, which is worse: gluten or Kim Kardashian? Although there are many reasons to hate Kim Kardashian, at the end of the day she doesn’t lead to the sickness and discomfort of millions of people. In fact, recent studies claim that as many as a third of Americans have gluten sensitivity, and would be better off avoiding it.

In conclusion, gluten is a bigger problem because it is in much of the food that we eat, causes diarrhea, and is a lot harder to avoid than a Kardashian.

Many popular weight loss programs are recognizing that people are looking to reduce or eliminate gluten in their diets. Medifast has a gluten-free option, and Weight Watchers lists some of the best gluten-free foods here.

So this park- with a rocky beach along the river,

When they were little the first thing we would loo

“The ultimate measure of a man is not where he s