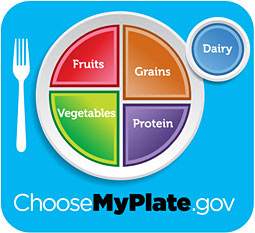 It took about 20 years to build each of the Great Pyramids at Giza, and that’s about how long the USDA has been building and retooling their own modern food pyramid. Actually, the newest version is no longer a pyramid, but simply known as the “MyPlate.”

No doubt countless hours and millions of federal dollars have gone into it’s development, but many experts think it’s hardly a Modern Wonder of the World.

In fact, The Harvard School of Public Health recently came out as one of the biggest critics of My Plate, and offered up their own, less politically correct version called The Healthy Eating Plate. But, what does politics have to do with nutrition, you ask?

How Can a Glass of Milk Cost $7 Million?

The unholy union of business and government is one reason that Harvard was inspired to create their own version, stating on their website that, “The Healthy Eating Plate is based exclusively on the best available science and was not subjected to political and commercial pressures from food industry lobbyists.”

We agree that Harvard did a better job. (Plus, they have a better rugby team than the USDA) In fact, the government’s MyPlate version leaves a lot to be desired, including:

Why Harvard’s Healthy Eating Plate is Better Than MyPlate

Want to learn more? Harvard does a nice job of breaking down exactly why their Healthy Eating Plate is better here.

Do you miss the old food pyramid? For sake of nostalgia, here are the previous versions. You can see that the Food Pyramid was inspired by a USDA diagram released decades earlier called, “The Basic Seven.”

At least Harvard and the USDA can agree that saving money is good. If you are looking to lose weight or find a coupon for popular diets, consider one of our new coupons for Medifast and Weight Watchers that we update every week. 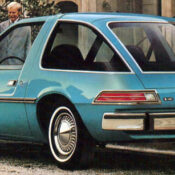 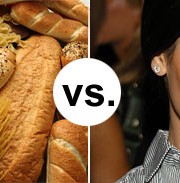 Gluten or Kim Kardashian: Which Is Worse for Humanity?

One thought on “Harvard’s Healthy Eating Plate: Better Than the Food Pyramid”