Home » Uncategorized » What is The Glycemic Index? Here’s An Easy to Digest Answer

“Oh, twice as much ain’t twice as good. And can’t sustain like one-half could. It’s wanting more that’s gonna send me to my knees.” – John Mayer, Gravity 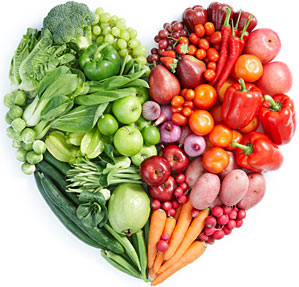 To many people, the glycemic index of a food is more important than other common measurements such as calories, fat, and carbohydrates, although they are all related. In fact, the glycemic index itself was originally developed by a doctor to determine which foods were best for people with diabetes, and is an important measurement tool in diets like Medifast.

You’ll find some highly detailed and scientific explanations of exactly what the glycemic index (GI) is, but the main idea is that it measures how quickly blood sugar (glucose) levels rise after eating specific foods.

The actual glycemic index number given to each food is an estimate of how quickly the food raises blood sugar after consumption relative to actual glucose, which has the highest GI value of 100.

Foods with a low GI (below 40) include beans, peanuts, fish, whole grains, sweet fruits, and most vegetables. Those with a high GI (above 70) include white bread, white rice, candy bars, bagels, potatoes, and pretzels.

For example, many vegetables like broccoli and spinach have a GI of 15, while white rice has a GI of 72!

Can you guess where we’re going with this? You don’t have to have diabetes to benefit from a diet that focuses on foods with a low GI, and this idea is central to diets like Medifast, and The South Beach Diet. The slow breakdown of foods with a low GI serves to curb appetite, and make you feel less hungry.

Here is a helpful chart that shows where many popular foods fall in the Glycemic index: Using the GI to determine which foods to eat is helpful not only for those with diabetes or on a strict diet, but for anyone who wants to control their weight and improve energy levels. These numbers are central to the Medifast Diet, which emphasizes more, smaller meals of low GI foods, and gluten-free food for weight loss.

Broadway is back! I may or may not have spent some

Is it a coincidence that Earth Day overlaps with N

“May you always walk in sunshine, may you never